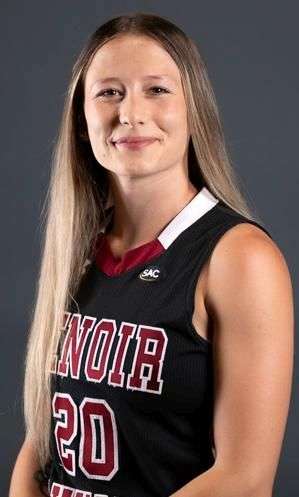 The Lenoir-Rhyne Women’s Basketball team stayed unbeaten and moved to 11-0 on the season with a 68-57 win over Newberry inside Shuford Arena. The win also extended the Bears home winning streak to eleven dating back to last season. Emily Harman led all scorers with 16 points while Freedom High School grad Blaikley Crooks added 13 points and Brandi Hudson had 11. The Bears moved to 3-0 in the SAC for the first time in ten years.

The Bears defense forced thirteen turnovers in the half which lead them to an 8-0 advantage on fast breaks. Harman and Crooks had eight points each in the half as the duo went 7-15 from the floor. For the second straight game, the Bears drilled all their free throws in the first half. After going 8-8 on Monday, LR went 6-6 from the line in this contest in the first half.

LR forced five quick turnovers in the third quarter to help them grow their lead to twenty points and took an 18-point lead into the fourth quarter. Newberry scored the first six points of the fourth quarter and went on a 14-5 run to cut the Bears lead into single digits with 4:52 left in the game. The Bears responded with a 6-0 run to end any threat from Newberry and moved to 11-0 on the season.

Crooks has now been in double digits in ten of eleven games this season. Crooks added six rebounds to lead the Bears with Hannah Stull. Azariah Fields added nine points, four rebounds, three assists and three steals in 31 minutes of action running the point for the Bears.

The Bears had 13 offensive rebounds on the night lead by four from Crooks. Harman had five rebounds and five assists to go with her game-high 16 points.

The home team has won the last eight games in this series with the Bears winning the last five here inside the Shu and Newberry winning the last three at their place.
Harman’s field goal in the first quarter gave her 800 career points as the junior is looking to be the 24th player in program history to score 1,000 points.

The Bears came into the game leading the SAC in scoring at 77.8 per game while Newberry is at the other end of the spectrum only scoring 55.0 per game.

Bears jumped to No. 7 in this week’s D2SIDA poll, their highest ranking ever. LR also moved up five spots to No. 15 in the WBCA Coaches Poll.

L-R will travel to Anderson on Saturday to face the Trojans. Tip-off is schedule for 2:00 from South Carolina.