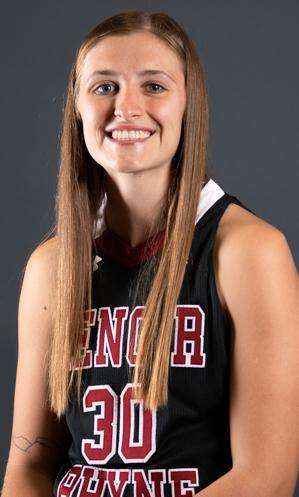 The Lenoir-Rhyne Women’s Basketball picked up their 14th straight win as the Bears defeated Young Harris 74-57 on Sunday afternoon inside Shuford Arena. Freedom High grad Blaikley Crooks had 24 points while Hannah Stull had 17 as the duo both set career highs on the afternoon.

For the first time this season, the Bears did not have a lead in the first half as Young Harris lead throughout the half. The Bears trailed by three after the first quarter and LR shot only 29.4% in the opening quarter. Crooks lead the Bears with seven in the quarter. Young Harris saw their lead grow to nine points in the second quarter as the Mountain Lions opened a 30-21 lead. The Bears closed the half on a 12-4 run as Stull hit her second three pointer of the quarter with just three seconds left to cut the lead to 34-33 at the half.

Only five Bears scored in the half as Crooks led the Bears with 13 and Stull had eight. Young Harris shot over 50% from the field in the first half but turned the ball over 12 times to help the Bears cut the lead to one at half.

The second half was a whole different story as the Bears dominated from the second half whistle. LR took the lead just seconds into the half and never looked back. The Bears shot a game-high 55% in the third quarter as the Bears took an eight point lead into the final period.

The Bears defense was on lock down as they held the visitors to just seven points in the final frame as the Mountain Lions 2-14 shooting in the quarter. The Bears went 15-16 from the free throw line in the game including 11-12 in the second half.

The Bears are one win away from tying the program best start. The Bears started the 1979 season 15-0. LR also moved their home winning streak to twelve straight games. Bears have won these twelve by an average of 20.5 points. The Bears remain one of eight teams unbeaten and the first team in DII with 14 wins.

L-R is 14-0 on the season. The Bears will return to SAC play with a showdown at Catawba on Wednesday night. Tip-off is scheduled for 5:30 PM from Salisbury.