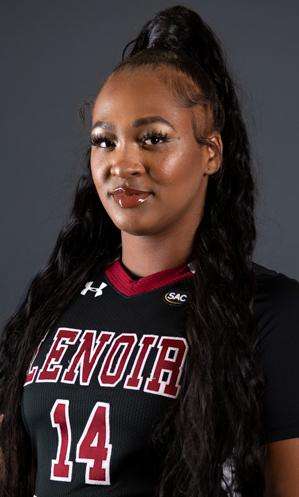 A fourth quarter surge that saw LR end the game on a 25-2 run fueled a 13th consecutive win for the Lenoir-Rhyne Women’s Basketball Team on Monday afternoon, winning 77-60. The Bears trailed by two going into the fourth quarter but would end up outscoring Mount Olive by 19 in the final frame.

The first quarter saw seven lead changes and four ties as both teams shot over 50% from the floor. The host took a two point lead into the second period. Freedom High School grad Blaikley Crooks scored 11 points in the opening quarter to lead all scorers.

After the teams combined for 42 points in the opening quarter the defense clamped down as the teams only scored 23 points in the second quarter. Bears shot 25% while the Trojans shot 27%. However the Bears took an one point lead into intermission.

This is the Bears first trip to Mount Olive in program history. It is also just the third all-time meeting between programs as the Bears won in 2017 and 1992.

LR will finish the season 6-0 against Conference Carolina teams while Mount Olive is now 1-3 against the SAC.

The win is Coach Grahm Smith’s 30th career win at LR in his third season.

The Bears will travel to UNC-Greensboro on December 30th for an exhibition contest before returning to Shuford Arena to ring in the New Years with a contest against Young Harris on January 1st.