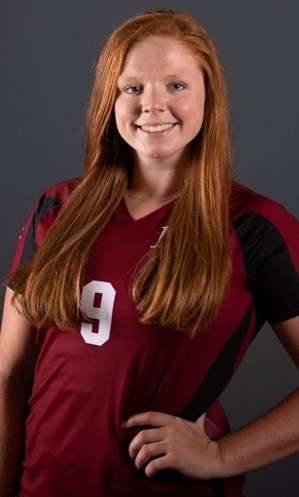 The Lenoir-Rhyne Volleyball Team dropped the first set but rebounded to win the final three and earned a crucial SAC win over Mars Hill. Colette Romp finished with 20 kills as the Bears move their home winning streak to 17 in a row.

On top of having a match-high 20 kills, Romp hit a scorching .463. With the Lions rallying in the fourth set to pull within one at 23-22, it was Romp who stopped the momentum with a huge kill as the Bears held on for the win.

Mars Hill won the first set 26-24 but the Bears rallied for wins of 25-20 and 25-19. In the fourth set, LR looked to cruise to a victory as they built a 23-18 lead. However, the Lions surged back and scored five straight before Romp’s clutch kill. An attack error from Mars Hill sealed the deal.

Emmaleigh Allen added 16 kills for the Bears and recorded the double-double with  11 digs. Ashley Hawkins added 10 kills and a team-high 21 digs while Mackenzie Hulsey also netted a double-double with 20 digs and 56 assists. Bailey Carpenter added 19 digs as the Bears finished with 86 digs as a squad. Braelyn Faust had a career-high five aces.

These two teams both entered with a 7-1 league mark but the Bears moved to 8-1 in the only match of the regular season for the two teams. Mars Hill was the last team to beat LR at home, a 3-0 defeat in the spring of 2021.

The 20 kills from Romp are the second time she reached the 20-kill total in a match.

The Bears improve their record to 12-4 overall, 8-1 in the South Atlantic Conference. LR will return to action on Saturday when they host Tusculum at 2 p.m.