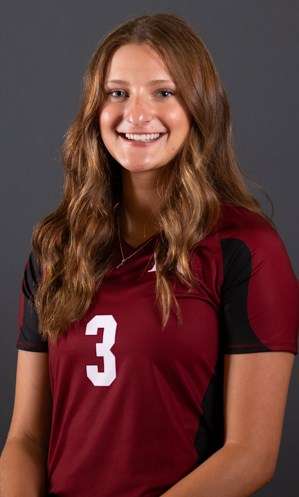 The Lenoir-Rhyne volleyball team earned a crucial 3-1 victory over Anderson on Wednesday night in the only action in the SAC. The win gives the Bears a season sweep of Anderson and secures the tiebreaker over the Trojans. A win on Saturday over Newberry would lock up a home game in the Quarterfinal of the SAC Tournament on Monday.

Lenoir-Rhyne overcame seven errors in the first set to grab a 25-21 victory and then caught fire in the second stanza. LR hit .444 as a team and took a 25-19 win to take the upper hand.

Anderson came back with a 25-20 victory in the third and looked poised to send it to a fifth set. Anderson led 18-15 before a quick 3-0 spurt tied it up. Once again, Anderson surged ahead 23-20 and looked to close it out. The Bears scored four unanswered to make it 24-23 and converted on their third match point opportunity to get the win.

Emmaleigh Allen had 14 kills and added eight digs and five blocks while hitting .300. Ashley Hawkins had 13 kills, including the game-winner, and aded six digs and a pair of service aces. Colette Romp and Emma Clark each had 10 kills with Clark hitting .344. Braelyn Faust added seven kills and six blocks. Mackenzie Hulsey handed out 46 assists and added nine digs and Bailey Carpenter led LR with 29 digs.

Hawkins is third in program history with 153 career service aces and third with 1,667 career digs. She needs 51 more digs to move into second place. Hulsey’s 1,928 career assists have her 25 away from sixth place in program history.

The NCAA Regional rankings came out hours before first serve and had Anderson at No. 4 and Lenoir-Rhyne at No. 7. Anderson could have clinched second place in the division with a win in either of their last two matches, but went 0-2.

The Bears are 17-8 overall, 12-5 in the South Atlantic Conference. LR will host Newberry for Senior Day on Saturday at 2 p.m. A win secures a home tournament contest on Monday and a loss would send the Bears on the road for the quarterfinals.