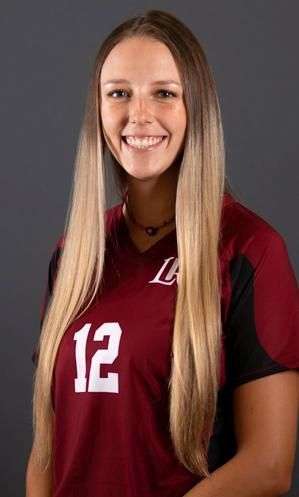 Braelyn Faust had 12 kills to pace the Bears in the win.
photo courtesy of Lenoir-Rhyne Athletics

The Lenoir-Rhyne Volleyball Team extended its home winning streak to 15 in a row with a 3-0 victory over UVA Wise on Saturday afternoon. The Bears haven’t lost inside Shuford Arena since Feb. 26, 2021 against Mars Hill and the current home winning streak continues to be the longest in program history.

The Bears tallied 44 kills, including 16 in the first set and hit .394 in the second frame to take a dominating advantage.

Braelyn Faust led the Bears with 12 kills and hit a blistering .688. Nine different players had at least one kill on the afternoon. Emmaleigh Allen led the Bears with 13 digs and Bailey Carpenter and Ashley Hawkins had nine. Mackenzie Hulsey finished with 37 assists and six digs to go with four kills. Hawkins added three blocks and Emma Clark had four.

LR continues its dominance of UVA Wise, moving to a perfect 7-0 against the Cavaliers. All but one win in the head-to-head series came in straight sets and that was a 3-1 victory for LR in 2019.

The Bears are 10-4 overall, 6-1 in the South Atlantic Conference. LR will return to action on Tuesday when they host Catawba at 7 p.m.