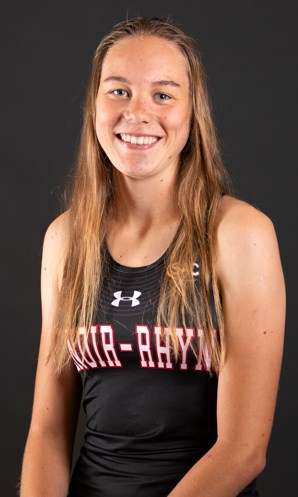 Lenoir-Rhyne Triathlon took 2nd in the Regional Qualifier in Virginia, setting them up for a second straight trip the National Championship in Tempe, AZ in November. The Bears are ranked 2nd in the nation.

The Division I and II races happened together, with the swim happening first. Claudia Teran-Romagosa was the first Bear out of the water in 10:41, followed by Eliska Rihova and Chloe Telian. The three of them were able to be part of the second group out on the bikes. The trio of Nanette Nikolajsen, Sayti Plank and Sabrina Fleig followed closely behind, with Teresa Vesely right behind that group. Vesely had a great solo ride on the bike, almost catching up to the leading group.

Plank and Fleig worked very well together to stick with the bigger group, and Telian had an unfortunate crash that ended her race.

Rihova turned it up in the run, the final portion of the race. She ended up finishing second in Division II and eighth overall. Coming off a sprained ankle, Teran-Romagosa finished fifth in Division II and 15th overall. Nikolajsen had a lifetime-best race (19:58), making her the third Bear in the Top-10 for Division II. The Bears had five athletes go sub-20 in the 5K run, which had been a big focus for the team.

Now, LR will advance to the National Championship in Tempe, AZ on November 12.