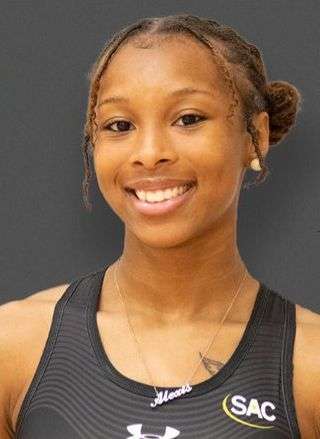 Alexis Brown and Dario Matau broke school records with NCAA Provisional Times in sprints, and Lenoir-Rhyne track and field had another strong showing in their second event of the Indoor Season at the Bast-Cregger Invitational in Salem, VA. Brown breaks her own school record that she set last week in the 60 meters (7.35 seconds), and Matau breaks the school record in the 200 meters with a time of 21.75 seconds, both wins for LR.

Brown and Matau were not the only LR athletes that dominated. The Bears took the top five spots in the men’s heptathlon, with Jacob Wadsworth bringing home first place. He was followed in order by Oliver Thatcher, Philip Stomne, Orlando Descartes and Dion Enongene. The Bears also took three out of the top four spots in the men’s 60 meters, with Matau winning that event as well with a time of 6.82 seconds. Royce Turner was third, and Jordan Payne was fourth.

The Bears will break for the holiday, and be back in action once again in Salem on January 20th.