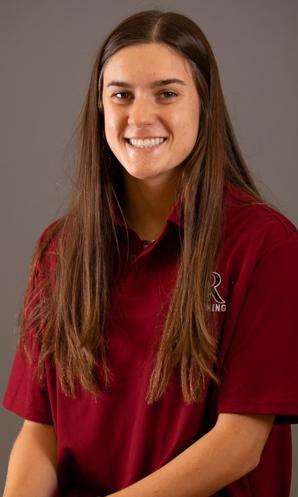 The Lenoir-Rhyne Women’s Swimming Team returned home to start the new year as the Bears swept a tri-meet with visiting Emory & Henry and Converse. The Bears won 10 of 14 events on the night inside Shuford Pool. Lisa Boernigen, Elizabeth Bowman and South Caldwell grad Kayana Taylor each won two events in the sweep.

The Bears got the night going with a win in the 200 medley relay. The team of Boernigen, Katherine Hudson, Ella Penny and Anna Gagnon won with a time of 1:53.65. The team of Taylor, Bowman, Grayson Breedlove and Anna Harshaw finished just behind for a second-place finish.

Boernigen then got the Bears going in the individual heats with a win in the 100 backstroke with a time of 1:02.18. Boernigen then won the 200 breaststroke later in the evening with her time of 2:30.08.

Lenoir-Rhyne then completed the sweep with a win in the 200 free relay to close the event. Boernigen, Bowman, Penny and Taylor had a three second win as the Bears beat Emory Henry 156-102 and Converse 176-82.

Glebus won the 100 free with a narrow victory with a 49.53 time but Glebus then enjoyed a nine second victory later in the night in the 200 IM. Glebus finished the heat with a time of 2:04.30.

LR won both relay as well on the evening. Bears open the event with a win in the 200 medley relay as Glebus, McCormick, McRea and Matthew Stein finished with a time of 1:39.10. Then McCormick joined Cooper Sledge, Davis Hull and Forsey to win the 200 free to end the night.

Both Lenoir-Rhyne squads will return to the pool as they travel to Queens next Friday.