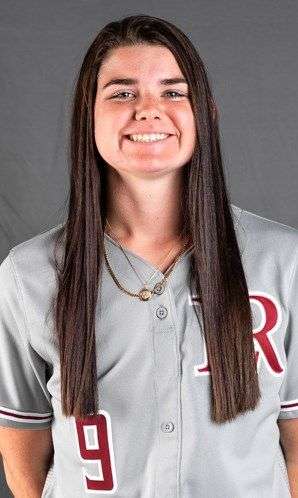 The Lenoir-Rhyne Softball Team used eight home runs on the day to sweep visiting Newberry on Senior Day Friday. In game one, Kylee Leonhardt, Cassidy Wall, Lauren Rakes and Julia Mardigian all homered to give the Bears a 10-2 win. Then Leonhardt and Wall were joined by Savannah Moorefield and Lora Beth Wood in the night cap with long balls as the Bears won again in five innings, this time 11-2. With the sweep, the Bears finished the season 22-4 at home, the most home victories since the 2018 season when the Bears went 25-2.

In game one, Newberry’s starter Brittany Crowson did not even record a out as the Bears jumped on Crowson early. After a Savannah Moorefield walk, Hannah Jennings singled then Leonhardt and Mardigian hit back-to-back homers to chase Crowson after just four batters.

Bears then added two more runs in the first off reliever Lindsey Foster. Katelyn Rackard had a two-run double to give the Bears a 6-0 lead after one.

The Wolves got one back with a solo homerun from Hannah Towery to lead off the second. Wall and Rakes then hit back to back home runs in the bottom of the second as the Bears grew the lead to 9-1 after two. It was the second time this season the Bears went back to back twice in the same game.

The teams each added a run and the Bears took the win 10-2 as the game was called after five innings via the mercy rule.

Rakes (17-3) picked up the win the circle, allowing two runs on just three hits and striking out 11.

Four Bears had multi-hit games (Jennings, Wall, Rakes, Wood) as Leonhardt, Mardigian, Wall and Rackard each had two RBIs in the contest.

In game two, LR did not waste anytime in game two as Moorefield and Leonhardt each hit solo home runs in the first to give the Bears another first inning lead. Bears are now 104-20 when scoring in the first inning since the 2015 season.

The Bears added a four-spot in the second inning with a two-run single by Moorefield, a bases loaded walk by Leonhardt and a sac fly by Mardigian. Wall then led off the third with the team’s seventh homerun of the day and the 50th of the season.

Wood got in the action with a solo shot later in the inning as the Bears hit their fourth home run in back-to-back games on the day. Leonhardt added a two-run single to give the Bears an 11-0 lead after three.

Beeler gave up two runs in the 5th but picked up her 15th win, throwing the complete game to secure the Bears finish 22-4 at home this season. Moorefield has her 7th three hit game of the season.

It had been 1,458 days since Newberry has traveled to Hickory to face the Bears. The Bears have now won 10 in a row against the Wolves in Hickory.

Moorefield’s single in the first of game one today moves her to second all-time in hits in program history. Moorefield’s 20th and 21st stolen bases are the 7th most in one single season.

Also, Moorefield’s three RBIs in game two was her 100th of her career. Rakes 10th strikeout was her 250th on the season which is the fifth player in program history with 250 strikeouts.

With Anderson’s sweep of LMU on Wednesday and the Bears sweep today, LR jumps to second place in the SAC, two games behind Anderson with four games remaining.

The second game featured a two minute delay as a balloon was floating right above the field of play.

Lenoir-Rhyne is 34-11 overall, 16-4 in the South Atlantic Conference. The Bears will finish the 2022 regular season with road trips to Wingate (Wednesday) and Carson-Newman (Saturday).