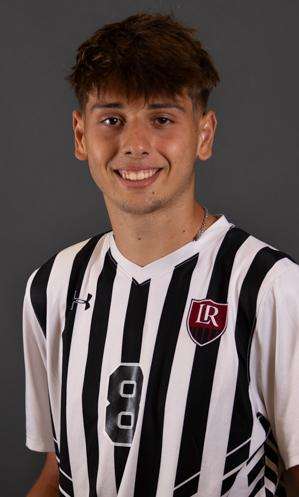 Lenoir-Rhyne men’s soccer got back in the win column on Wednesday night, shutting out Emory & Henry 2-0 at home. The Wasps had an own goal that was forced by a cross by Harri Rowe and pressure from Jonas Pederson, and Arnau Olle scored the second goal for his first career collegiate goal.

The Bears controlled the possession for the vast majority of the game, and LR finally broke through on offense in the 34th minute. Harri Rowe sent a cross into the box from the left side, and with Jonas Pederson cutting towards the net, the Emory & Henry defender knocked the ball into the goal. The Bears outshot E&H 5-1 in the first half, and had the half’s only corner.

In the second half, it was more of the same. LR possessed the ball for most of the half. Rowe set up the second goal of the game on a perfect cross from the left side of the field to a streaking Olle, who tapped it in past the keeper for his first career collegiate goal. Olle becomes the first Bear on this year’s team to score his first career goal. LR dominated the stat sheet in the second half, out-shooting the Wasps 12-2 and 5-0 with shots on goal. Emory & Henry did not have a shot on goal in the game.

Bear starters Carles Montoliu Lobo, Dani Fernandez, Nico Bohigues, Adrian Martina, Luis Hernandez and Jaheim Smith did not play in this game. This game was head coach Jack Winter’s 63rd win at LR, and 32 of them have been shutouts.

This is the first time LR has played Emory & Henry in men’s soccer.

Lenoir-Rhyne is 7-3-1 overall, 4-3 in the South Atlantic Conference. The Bears host No. 13 Carson-Newman on Saturday in a crucial conference game. Kickoff is scheduled for 7:30 p.m.