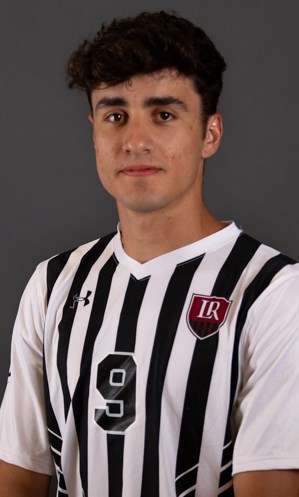 Adrian Martina scored two second-half goals, Juan Basabe made five saves and turned in his second clean sheet in a row, and No. 7 Lenoir-Rhyne men’s soccer knocked off Lincoln Memorial 3-0 in the SAC opener. The Bears remain unbeaten through the first four games of the season.

The Bears scored in the 24th minute when Carles Montoliu Lobo drew a foul in the box. Lobo buried the PK past Alan Johnson of LMU despite Johnson getting a piece of the ball, and it was 1-0 Bears. The goal was Lobo’s third of the year. The two teams stalemated for the rest of the half, and it was a 1-0 game heading to the break.

The Bears started the second half on the attack, and had a handful of chances early but could not find the back of the net. Martina scored twice in a span of 10 minutes in the middle of the 2nd half. The first was assisted by Jaime Poza on a scramble in the middle of the box, and the second was assisted by Luis Hernandez on a beautiful cross. Martina now leads the Bears with four goals on the season.

Basabe saw five shots on goal in the second half, but he stopped all of them for his second straight clean sheet and eighth of his career.

This is LR’s 4th win in the last five SAC openers. With this win, the Bears broke a three-game losing streak in Harrogate. LR has won three out of the past four matchups against LMU overall, but two out of the three have been in Hickory, including 4-1 last year.

The Bears are ranked No. 7 in the nation in this week’s USC Poll, the second year in a row LR has been in the Top-10 at some point during the year. LR made the second largest jump in the poll this week (unranked to No. 7).

Out of the 59 wins at LR for head coach Jack Winter, 29 of them have been shutouts.

Lenoir-Rhyne is 3-0-1 overall, 1-0 in the South Atlantic Conference. The Bears will finish up this long stretch of games on the road back in Tennessee when they travel to Tusculum for a 7:30 p.m. kickoff in Greeneville, Tennessee.