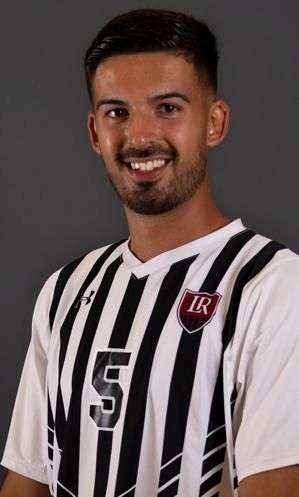 Xavi Moya scored his first career goal as a Bear, but Lenoir-Rhyne men’s soccer gave up two goals in the final 10 minutes of the game and lost 3-1 to Coker on the road on Wednesday night.

Moya opened the scoring in the game for the Bears, scoring his first career goal in his second season in Hickory off an assist from Jaime Poza. The assist was Poza’s fourth on the year, the most on the team.

Coker’s Celestin Blondel tied the game at one in the 37th minute, and the halftime score saw the teams tied at one goal apiece. The Cobras out-shot the Bears 8-3 in the first half, and 17-12 for the game.

Gustavo Palmieri scored what ended up being the game-winning goal unassisted in the 81st minute, and then he assisted on Tony Barry’s goal just five minutes later. He assisted on both of the other Cobra goals for a total of four points on the night.

Poza and Harri Rowe each had two shots on goal for LR, but they were all stopped by Cobra goalkeeper Jasper Rump.

The loss breaks a three-game winning streak for the Bears against the Cobras. LR has still won eight out of the last 10 matchups in the series.

Coker has not lost since August 31, but they lead the nation in ties with seven. The Cobras are 4-0-4 in SAC play.

Lenoir-Rhyne is 7-5-2 overall, 4-4-1 in the South Atlantic Conference. The Bears will take 10 days off before returning to conference play next Saturday (10/22) when they travel to Newberry for a 1:30 p.m. kickoff.