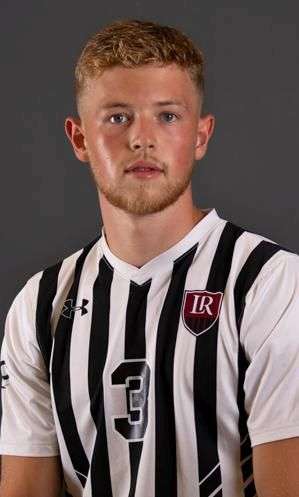 Harri Rowe scored the game-winning goal in the 64th minute off an assist from Juan Hoyos, and the No. 4 seed Lenoir-Rhyne Bears advanced to the final of the 2022 SAC Men’s Soccer Tournament for the seventh time in program history with a 1-0 win over No. 1 seed Wingate. The Bears will play Lincoln Memorial for the SAC Tournament Championship and an automatic bid to the NCAA Tournament at 1 p.m. on Sunday.

The Bears dominated the possession in the first half, and out-shot the Bulldogs 6-2 in half number one. Only one of those shots was on goal, coming from Nicolas Bohigues. Juan Basabe made one save before the break.

LR continued to put pressure on the Bulldogs in the second half, and finally broke through in the 64th minute. After the Bears won the ball near midfield, Bohigues sent it upfield to Juan Hoyos, who swiped it away from SAC Defensive Player of the Year Owen Marshall of Wingate. Hoyos played it ahead to Rowe, who easily beat the Wingate keeper for his fifth goal of the season and the game-winner.
Wingate mounted some pressure late and forced Basabe to make three saves in the second half, but the veteran goal keeper put up his conference-leading seventh clean sheet of the season.

The Bulldogs did not have one single corner kick in the game, and Lenoir-Rhyne managed just two. Wingate finished with four shots on goal, and the Bears scored on one of their two shots on goal.

This is LR’s seventh trip to the SAC Tournament Final. The Bears are 3-3 in the Final in their previous six appearances, but have lost the last two times they’ve been in the game. LR’s last SAC Tournament title came in 2006. The other two tournament titles came in 1992 and 2000.

Lenoir-Rhyne is the No. 6 seed in this week’s Southeast Regional Rankings from the NCAA. Wingate was No. 5 heading into this game, and the win for the Bears almost guarantees a second straight trip to the NCAA Tournament.

Lenoir-Rhyne is 11-4-2. The Bears will take on Lincoln Memorial at 1 p.m. on Sunday in Charlotte in the SAC Tournament Final.