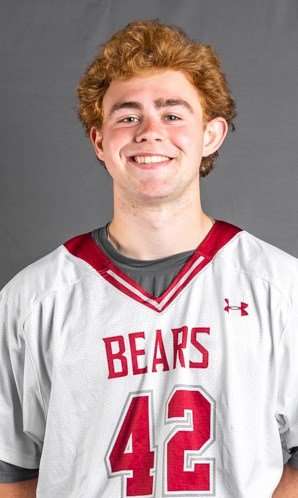 For the fourth straight time in the series history, the 8th ranked Lenoir-Rhyne Men’s Lacrosse Team defeated 9th ranked Wingate, 17-13. Three of those wins have come in the postseason as LR handed Wingate a four-goal defeat in the SAC Semifinal on Friday night. The victory runs LR’s winning streak to nine in a row and likely clinches an NCAA Tournament berth.

After being held to just five goals in the first matchup, Wingate scored three straight early goals in just 4:09 to jump out to a 3-0 lead. Evan Voss and Joe Venazio got goals to stop the early run by the Bulldogs to cut the Wingate lead to 3-2 after the first fifteen minutes.

Bears tied it at three early in the second quarter before Wingate took a 5-3 lead with 10:47 left to go in the half. The rest of the half was all Lenoir-Rhyne as the Bears scored the last six goals of the half to take a 9-5 lead into intermission as six different Bears scored during the stretch.

Wingate started quick again in the second half, scoring the first two goals of the half but the Bears continued to counter the Bulldogs run. This time with two goals of their own as the teams then alternated goals the rest of the quarter and the Bears took a 13-10 lead into the final period.

After the Bears opened their biggest lead at 16-11 with 7:33 left, the Bulldogs made one late push and cut the lead to three with 3:55 left but Voss’ third goal of the game sealed the Bears bid to the SAC Championship game for the second straight year. Voss and Venazio lead the Bears with three goals and eleven different Bears scored on the evening.

LR had a slight advantage on face offs winning 17 of the 32. Macon Sumner went 13-of-21 in face offs and grabbed a team-high six ground balls. Noah Johnson tied a career high with 18 saves on the night.

The Bears moved to 10-5 all-time in the SAC Tournament with the win and Lenoir-Rhyne moves to 100-6 all-time when leading at halftime. This matchup was the 5th game against Wingate in the last 387 calendar days. LR won the last four games against the Bulldogs including three in the postseason.

The Bears will face #3 Limestone in the SAC Championship game on Sunday at 4:00 PM. LR has not lost since suffering an embarrassing 13-3 setback at Limestone on March 12.

In their final home Sun Belt series of the season, the App State softball team…