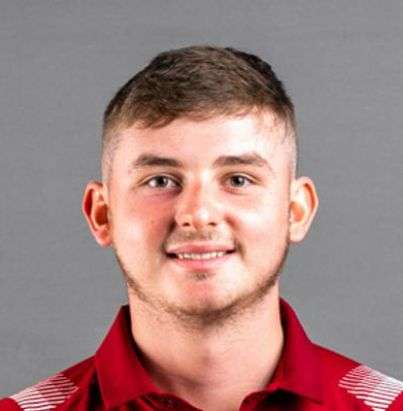 Liam Waldron finished in a tie for second place to lead the Bears.
photo courtesy of Lenoir-Rhyne Athletics

Lenoir-Rhyne men’s golf won its first team championship of the 2022-23 season on Tuesday, winning the Jay Jennsion Cup by four shots over Mount Olive. Liam Waldron jumped 12 spots in the individual leaderboard on Tuesday, shooting a final round 68 (-4) to lead the Bears to victory. Waldron shot 215 (-1) for the tournament.

Waldron made four birdies and 14 pars in his final round, going bogey-free. He birdied holes 1 and 2, the final two holes he played after starting on hole 3. The Bears had the two lowest scoring players in the 66-player field on Par 3s, with Waldron going two-under on Par 3s and Sean Finan going one-under.

As a team, LR was +2 on Par 3s, five strokes better than the next team. The Bears also made 42 birdies which was the most in the field, and the team’s 163 pars were the second-most.

Finan finished tied for sixth in the individual competition, shooting a final round 72 (E) and finishing the tournament. Jack Alward and Sam Mace both tied for 11th with a three-round score of 219 after Mace shot 73 on the final day and Alward shot 74. Both Mace and Alward were under par in their second rounds.

The Bears are off next week, and will look to build on this momentum starting on Monday, October 10 at the Queens Invitational at Irish Creek Country Club in Charlotte.