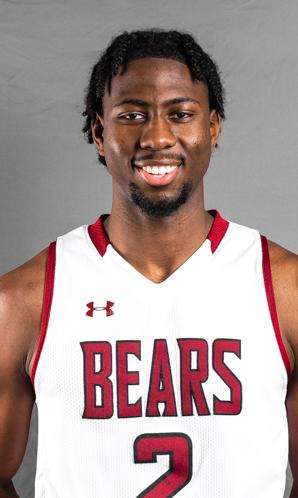 The Lenoir-Rhyne Men’s Basketball Team went into the KFC Yum! Center on Sunday afternoon and shocked Louisville with a stifling defensive performance in a 57-47 exhibition victory. LR held the Cardinals 29.2 percent shooting and only 19 second half points in the victory.

In a battle of former Louisville teammates, it was Everick Sullivan who came out successfully in Kenny Payne’s Louisville coaching debut. The pair led the 1988-89 squad to a 24-9 mark and a pair of NCAA Tournament wins in Payne’s senior season and Sullivan’s freshman.

The Bears used a 17-2 second half run and held Louisville scoreless for over six minutes in the half. Jae’lyn Withers made a pair of free throws for Louisville with 13:59 to go to put the Cardinals up 36-34. The Bears would score 12 unanswered to go up 46-36 with 7:58 left. After a Louisville basket, LR added five more unanswered and never looked back. Nas Tyson sealed the win with a three-point heave at the end of the shot clock that found the bottom of the net to make it 54-43 with 3:12 to go.

The Bears pushed the lead to as many as 14 in the closing moments.

LJ McCoy finished with 16 points and added six boards and an assist. Salle Wilson added 10 points and two steals and Cooper Fowler had nine points and knocked down a trio of triples.
Withers had a game-high 20 points and added 10 boards for Louisville and accounted for nearly half of the team’s point total. The Cardinals, who hit 3-of-4 from long range in the first five minutes of the game, finished 6-of-19 from long range and hit just one of seven in the second half.

The Bears trailed by a pair at the break, 28-26 and had a 3-pointer at the buzzer to take the lead that didn’t fall. LR withstood a quick 13-4 spurt from the Cardinals to open the game who couldn’t sustain that offensive rhythm the rest of the day.

The win ends a 39-game winning streak in exhibition games for Louisville, a streak that dates back to 2001. It was the second win over a Division I program for Sullivan who defeated The Citadel 97-83 in 2017.
Sullivan was able to return to Louisville for the first time since his playing days where he still ranks 16th in the all-time scoring list.