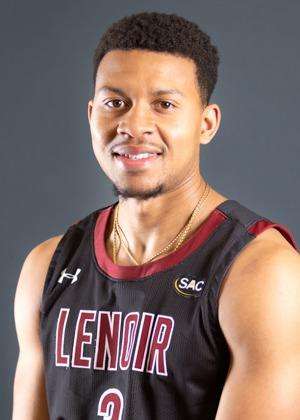 Lenoir-Rhyne caught fire in their first home game in 23 days, connecting on 17 3-pointers in a blowout victory over Coker on Wednesday night, winning 97-59. The Bears improved to 6-2 inside Shuford Arena with the victory.

The two teams got off to a rapid start with each squad scoring 21 points in the first 10 minutes of the game. The Bears would use a 10-0 run to take a 31-21 lead and never looked back. LR went 10-of-19 from long range in the first half and took a 42-29 advantage into the break.

L.J. McCoy started the second half with a 4-point play and Jalen Johnson hit the team’s 12th 3-pointer of the day to push the lead to 17. Coker hit a triple at the 15:48 mark to make it 57-36 but then would convert just one field goal attempt in the next eight minutes. By the time Coker connected from the field in that stretch, LR pushed the lead to 36 points.

LR led by as many as 42 and Cooper Fowler capped the 3-point barrage with a triple at the 1:26 mark. McCoy led the Bears with 21 points and went 6-of-9 from long range. Nas Tyson added 20 points and eight boards and was 3-of-4 from behind the arc. Johnson had 11 points, eight assists and four rebounds and made a trio of triples and Salle Wilson came off the bench for nine points and five rebounds in 16 minutes.

The Bears finished three 3-pointers shy of breaking the program record. LR hit 19 against Coker in 2020 and also against Newberry in 2003. McCoy entered the game eighth in the nation in made threes per game and 13th in Division II in three point percentage.

LR only allows opponents to shoot 29.6 percent from three, which is good for 20th in the nation. All but one of the Bears’ seven losses on the year have come by single digits.

The Bears narrowly missed their first 100-point game since scoring that many against UVA Wise almost exactly a year ago on Jan. 11, 2022. That contest was also the last time LR won by at least 30 points.

The Bears even their record to 7-7 overall, 2-4 in the South Atlantic Conference. LR will stay at home to host Emory & Henry on Saturday. Tip off is set for 4 p.m.