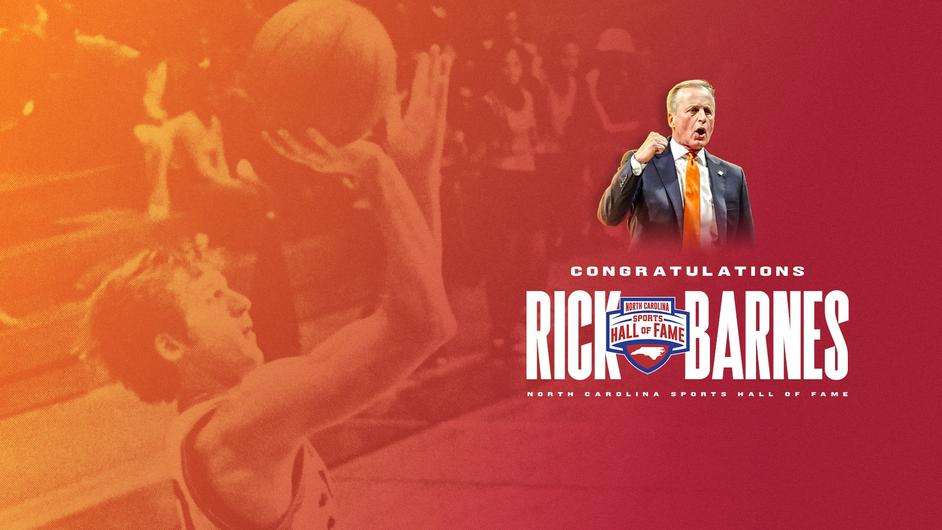 This esteemed group will be enshrined during the 59th annual Induction Celebration on the evening of Friday, April 21, at the Raleigh Convention Center, starting at 7 p.m. A news conference will be held earlier that day at 2 p.m. at the convention center.

“This year’s class joining the North Carolina Sports Hall of Fame once again reflects the great variety and rich sports heritage that the hall highlights for our state,” said Dr. Jerry McGee, president of the hall’s Board of Directors. “This group and their collective accomplishments in specific areas, from great athletes to highly successful coaches to special contributors, create another exciting chapter for the hall. We are extremely excited about honoring these outstanding individuals in our induction celebration.”

Rick Barnes, a Hickory native and Lenoir-Rhyne University graduate, has established himself as one of the nation’s top men’s college basketball coaches. He has had successful stints at George Mason, Providence, Clemson, Texas and currently at Tennessee, and his career head coaching record exceeds the 750-victory mark. That includes 402 wins at Texas from 1998 to 2015, and he is just the third coach to lead three different Division I programs to the Sweet 16, where his teams have gone seven times. Barnes was named the Naismith College Coach of the Year in 2019 after leading the University of Tennessee to a school-record-tying 31 victories.