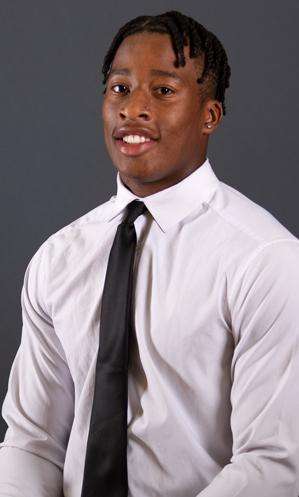 James Ussery had a season high seven tackles, a tackle for a loss, and forced two fumbles.
photo courtesy of Lenoir-Rhyne Athletics

Ussery, a freshman from Kings Mountain, N.C., had a career-high seven tackles in the Bears’ win over Catawba. Included in those seven tackles was a tackle for loss. Ussery also forced a fumble and blocked a kick in the game.