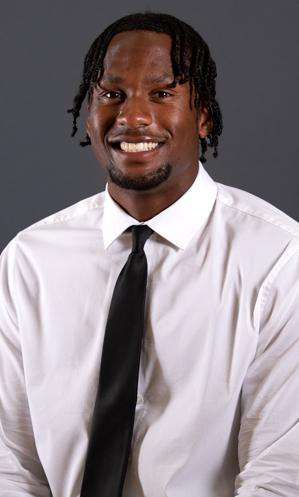 Leading the way were a pair of First Team Piedmont Offense selections in WR Kelin Parsons and OL Xavier Jennings. Each player earns their first career All-Conference selection. Parsons was the top WR on the Bears this season, finishing the year with 41 catches for 668 yards and three touchdowns. On the ground, Parsons added five carries for 72 yards and two touchdowns. The highlight of his season came at Erskine when he accounted for three total touchdowns, two receiving and one rushing. Parsons had back-to-back 100 yard receiving games against Barton and Newberry late in the season. Jennings has started every game at left tackle since arriving on campus in the COVID 2020-21 season and anchored a strong offensive line that went three straight games without allowing a QB sack.

On the First Team Piedmont Defense were standouts Andre Jefferson, Jon Ross Maye and C’Darius Kelley. Jefferson broke the single-game sack record with 5.5 sacks against Tusculum on his way to a 13-sack season for the redshirt sophomore. He finished the year with 53 tackles, 15 tackles for loss and was SAC Defensive Player of the Week against Tusculum. Maye was the leader on the LR defense with 75 total tackles and added eigth tackles for loss and 1.5 sacks to go with two interceptions and a fumble recovery. For the second time in his career, Maye registered 15 tackles in a game with the latter coming against Wingate. Kelley was the top CB on the team and had 28 tackles and four pass breakups as opponents largely avoided his side of the field.

Reigning SAC Player of the Year RB McGee was named Second Team All-Piedmont and finished the campaign with 861 yards rushing, 11 touchdowns and an average of 4.7 yards per carry. McGee had four 100-yard games and finished with 165 yards of total offense against Limestone. C Blake Jefferson was also Second Team All-Piedmont and ran his consecutive start streak to 35 in a row while being the leader on the LR offensive line.

Devin Hibbitt was the lone LR representative on the All-Piedmont Second Team Defense thanks to a breakout season in his first year as a starter. Hibbitt finished with 56 tackles, third on the team, and added four tackles for loss and three interceptions. Hibbitt picked off two passes against Wingate and added a career-high 13 tackles to earn the SAC Defensive Player of the Week honor.

Simmons earns the division’s top offensive rookie honor thanks to his penchant for finding the end zone. The TE finished the year with 10 catches for 177 yards but five of those catches were touchdowns, including a 70-yarder against Wingate.