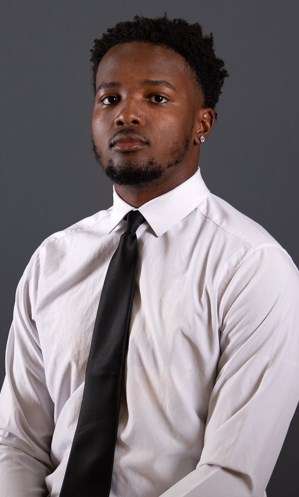 Jimmie Palmer III had nine tackles and a half tackle for a loss.
photo courtesy of Lenoir-Rhyne Athletics

For the first time in the history of the AFCA Poll (2000-current), Lenoir-Rhyne took on the nation’s top-ranked team but fell to No. 1 Ferris State by a final of 27-5 on Saturday. On a rainy afternoon, the No. 17 Bears were held in check by the reigning national champions.

Ferris State’s open possession resulted in a three-and-out. On the fourth down punt, the ball sailed over the punters head and out of the back of the end zone for a safety. The Bears ensuing possession started at their own 40 and the following drive started at Ferris State’s 46. However, neither resulted in points as the Bulldog defense was stout.

Neither offense would score until Ferris State exploded for a 75-yard touchdown pass from backup QB Evan Cummings to Xavier Wade. Cummings earned the start as regular starter Mylik Mitchell was unavailable. LR’s first drive of the second quarter was ignited by a 43-yard connection from Sean White to Kelin Parsons which would set up a 36-yard field goal from Johnathan Medlin to cut the Bulldogs lead to 7-5.

From that point on, it was all Ferris St. Third-string QB Carson Gulker would record three rushing touchdowns and account for all the scoring the rest of the way as the Bulldogs imposed their will. Gulker finished the contest with a game-high 81 yards rushing on 18 carries.

Caleb Murphy had a monster performance for the visitors, tallying 12 tackles, six tackles for loss, five sacks and a forced fumble. As a team, Ferris St. brought down the QB seven times, the most sacks LR has allowed in a game in the NCAA Era.

Michael Owen’s 12 punts were the most in a game in the NCAA Era for the Bears and he finished with 488 yards punting, the second-most in a single game. Owen’s 68-yard punt is tied for the third-longest in program history.

The last time LR was held to less than 50 rushing yards was against Wingate on October 15, 2016 when they ran for 39.

LR will return to action on Saturday when they hit the road for the first time this season for a trip to Erskine.