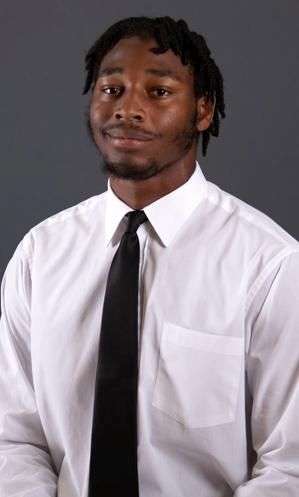 Kelin Parsons had 100 yards receiving on the day.
photo courtesy of Lenoir-Rhyne Athletics

The No. 12 Lenoir-Rhyne football team saw their Homecoming spoiled when No. 16 Newberry came into Moretz Stadium and handed the Bears a 38-24 defeat on Saturday. Newberry ran away with the game thanks to 207 yards rushing and three touchdowns on the ground in the fourth quarter.

Newberry won the toss and elected to receive, a move that would pay dividends for the visitors. Newberry would go 10 plays and 75 yards before Dre Harris hit Bryson Woodroff for a 6-yard touchdown strike. The drive was aided by a pass interference call on third down that extended the drive. Newberry would end the quarter with a 3-yard rushing touchdown from Harris with 12 seconds left to make it 14-0.

The Wolves would push the advantage to 17-0 with a field goal as the first half expired. Newberry held LR to four first half first downs.

LR would capitalize on a Newberry error to end the scoreless drought. The Bears would punt and the Wolves fumbled the ensuing return, setting LR up in the red zone. Kelin Parsons would take an end-around 17 yards to pull LR within 10 with 2:03 left in the third.

Johnathan Medlin connected on a short field goal with 14 minutes left in the game to make it a one-possession contest. Newberry had a quick answer, needing six plays to cover 78 yards before Mario Anderson found paydirt for his first of two fourth quarter scores. Down two touchdowns, LR marched back and Sean White hit Ryan Carter for a 16-yard TD pass to pull LR back within a touchdown. The momentum didn’t last long as Anderson took the first play of the next drive 76 yards to the house to make it 31-17. After a turnover on downs, Harris scored the third rushing touchdown of the quarter to seal the win. White hit Jadus Davis for a 22-yard touchdown but Newberry got the onside kick and ran out the clock.

For the Bears, White finished the day with 23 completions on 39 attempts for 237 yards and a pair of touchdowns. He had one interception, the first turnover in three games for LR. Dwayne McGee was held to 45 yards on 14 carries, his first time in three games where he didn’t reach 100 yards against Newberry. Parsons had seven catches for 100 yards and Carter had six for 63. Carter’s six grabs gives him 99 for his career. One more would make him one of just 11 players to reach 100 career receptions.

White was sacked for the first time in 14 quarters when Newberry brought him down for the first of three sacks on the day. Parsons reached 100 yards receiving in back-to-back games.  The 445 yards given up by LR is the most this season.

The win returns the Bishops’ Trophy to Newberry. The trophy goes to the winner of the football game between the two schools affiliated with the Evangelical Lutheran Church of America, L-R representing North Carolina and Newberry representing South Carolina.

The Bears drop to 6-2 overall, 5-1 in the South Atlantic Conference. LR will return to action on Saturday when they host Wingate for a 1 p.m. kickoff.