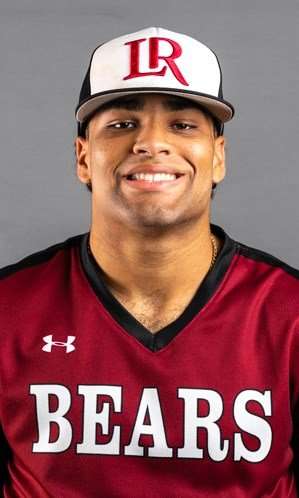 Lenoir-Rhyne sophomore pitcher Joshua Lanham has been announced as a Third Team All-American by both the Division 2 Conference Commissioners Association and the National Collegiate Baseball Writers Association. Lanham becomes just the second All-American in program history and the first since 2007 when Dan Ford earned Honorable Mention All-American accolades.

Lanham set the LR single-season record with his 11 wins on the year and broke the record with a win in the NCAA Tournament against UNC Pembroke. The right handed pitcher finished the year with a 2.40 ERA and 1.10 WHIP in a team-high 90 innings pitched. Lanham struck out 112 batters and walked just 24 and led a staff that broke the SAC record for strikeouts in a season with 647. Lanham had five starts with double-digit strikeout totals, including a career-high 14 whiffs in a 9-inning complete game shutout of Queens in the first round of the SAC Tournament. With his 10 scoreless innings in the SAC Tourney, Lanham earned a spot on the All-Tournament team and gave up just four earned runs in 18 postseason innings for LR to go with 26 strikeouts and a 2-0 record.