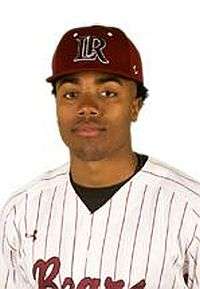 Justin Dean played for the Bears from 2016-2018 and was a 2018 draft pick of the Atlanta Braves.
photo courtesy of Lenoir-Rhyne Athletics 2018 Baseball Roster

For the second consecutive season, Atlanta Braves minor leaguer and LR Baseball alum Justin Dean will return to Hickory for the annual First Pitch Banquet. The banquet takes place on Saturday, January 28 at 5 p.m. in Moretz Mills and is $75 for an individual and $800 for a table for eight. To RSVP, visit lrbears.com/firstptich.

Dean has been ranked among the Atlanta Braves top 30 prospects in his career and has made it all the way to AAA. In his minor league career, Dean has stolen 116 bases and has a .258 batting average with a .360 on base percentage to go with 21 home runs and 240 runs scored. Dean moved to the AAA Gwinett Braves in 2021 and played in 19 games while stealing five bases.

Dean was a 17th round draft pick of the Atlanta Braves in 2018 and was a member of the organization when they won the 2021 World Series.

In his three years at LR, Dean hit .367 with 158 runs in 141 games and 34 stolen bases. His seven triples in 2018 stands as a single-season record as does his 12 career triples and his 28 career hit by pitches. In 2018, Dean was a First Team All-Conference selection as well as Second Team All-Region and All-State.

The Bears are coming off their best season in program history that saw them finish 46-13 overall and win the South Atlantic Conference Tournament as well as win two NCAA Tournament games. The Bears would fall to eventual national champion North Greenville in the Southeast Regional but not before a 7-1 win over NGU in a 3-game elimination series.