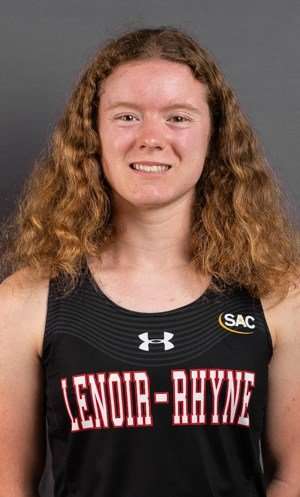 For the fourth straight year, the Lenoir-Rhyne University Athletics Department reached new heights when giving back to the community. After finishing 15th out of 316 NCAA Division II athletic programs in 2020-21, the Bears set a program-record with a 9th place finish in community service this past year as determined by Helper Helper, the official partner of NCAA Team Works. The LR men’s swimming team finished second out of all Division II men’s programs in the nation and the women’s swimming team had the fourth-best finish among all women’s DII programs.

The Bears set a new school record with 7,291 total hours contributed among LR student-athletes at 51 different organizations. 16 teams had a perfect 100% participation among their roster.

In women’s sports across all of Division II, the women’s swimming team led all swimming teams in terms of community service hours. Women’s lacrosse was second among DII women’s lax programs and women’s golf, softball and women’s tennis each finished sixth in DII in their respective sports. Rounding out teams in the top 10 in Division II in community service hours was the volleyball team who finished eighth.

On the men’s side, football had the most community service hours of any DII football team in the nation as did the men’s swimming program. Also coming in the top 10 in the nation among their respective sports were men’s soccer (third), men’s lacrosse (sixth), men’s basketball (eighth) and men’s tennis (ninth).

As a whole, Division II student-athletes volunteered over 34,000 hours and had an economic impact of $988,226 according to Helper Helper.

As a team, women’s swimming averaged 44 hours per student-athlete in terms of community service and the men’s swimming team averaged 37 hours. Football had the most total hours contributed at 1,088 hours and 20 total LR athletic programs averaged at least 10 community service hours per student-athlete. Individually, Caroline Hilliard, a Bunker Hill grad, with the Cross Country/Track and Field teams had the most hours with 118 over the course of the year.

The Bears were one of two South Atlantic Conference schools in the top 10 in Division II.