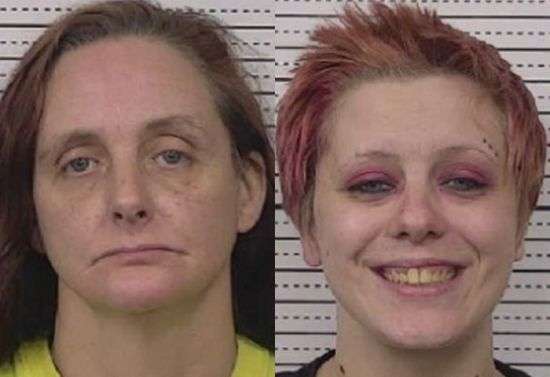 44-year-old Stephanie Lee Sipes of SW Norwood Street and 28-year-old Taylor Jo Lynn Hallyburton of Jolly Place, both from Lenoir, were arrested Thursday (March 24) by Lenoir Police Officers. Sipes is charged with felony counts of possession with intent to manufacture, sell, and deliver methamphetamine, maintaining a vehicle or dwelling for controlled substance, and possession of a firearm by a felon along with a misdemeanor count of keeping a disorderly house. Hallyburton is charged with felony maintain a vehicle or dwelling for controlled substance and misdemeanor possession of drug paraphernalia.