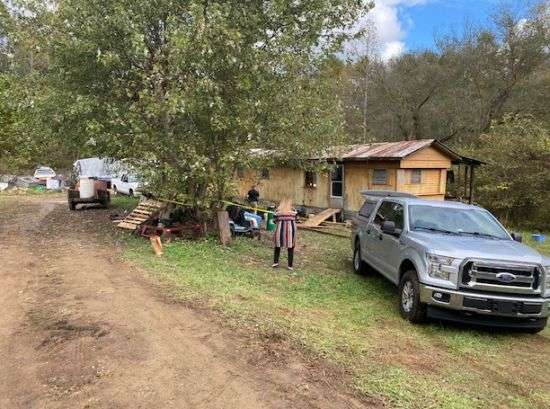 They’re charged in connection to the death of 54-year old Thomas Leslie Ferguson of the Ferguson Community. He was found deceased by Wilkes County Sheriff’s Deputies Friday morning in a mobile home off Highway 268.

Davis was arrested later Friday morning when she was walking along N.C. 268, near where deputies found Ferguson’s car along the highway. Coffey was taken to the sheriff’s office for questioning Friday afternoon after he returned to the mobile home where Ferguson was found deceased.

A weapon suspected of being involved in the case was recovered. The vehicle theft charge was filed against Davis for allegedly stealing Ferguson’s car. The victim’s body was sent to a state medical examiner’s office for an autopsy. Davis was placed in the Wilkes County Jail without bond on the murder charge and $30,000 secured bond on the vehicle theft count. Coffey was placed in the Wilkes jail with a $100,000 secured bond. Both suspects were scheduled to appear in court today (November 1).

More information has been released on a fatal crash in Alexander County Tuesday (November 30).…