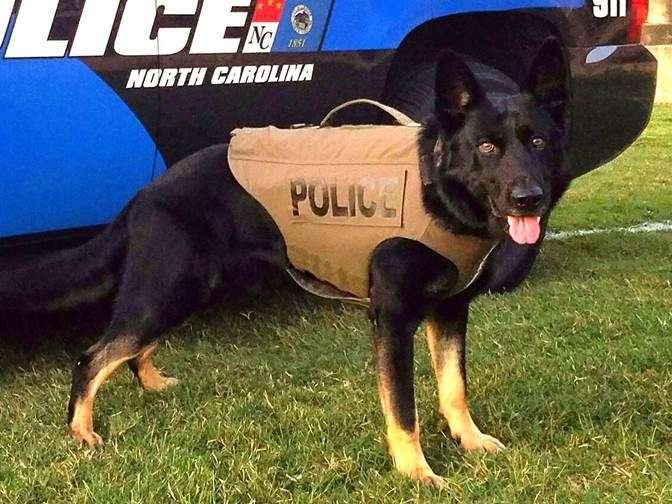 Lenoir Police K9 Axel passed away yesterday (December 29) after serving the Lenoir Police Department for six years. Axel had been diagnosed with advanced hemangiosarcoma in early November of this year.

Axel was born June 30, 2013, in the Czech Republic and was purchased by the City of Lenoir Police Department in August 2014. Sgt. Zachery Poythress trained Axel from start to finish while the Sergeant earned certification as a Comprehensive Police Service Dog Trainer and Police Service Dog Team Instructor. Axel certified in October 2014 and became the city’s first Police K9 to be dual certified by two separate associations.

Axel completed 52 tracks with 16 finds during his service. Tracks included searching for suspects, missing persons, and lost children. His find percentage of 31% is far greater than the national average of 10 to 12%. Axel participated in many demonstrations at schools, day cares, churches, and civic groups.

In addition to serving the Lenoir Police Department, Axel assisted other agencies 127 times, including the Caldwell County and Burke County sheriff’s offices, and the Hudson, Granite Falls, Hickory, and Valdese police departments, as well as the N.C. State Highway Patrol, the N.C. State Bureau of Investigation, the U.S. Marshals, and the U.S. Department of Homeland Security.

The City expressed its appreciation to Dr. Rebecca Whisnant at the Caldwell Animal Hospital for treating Axel over the past two months. 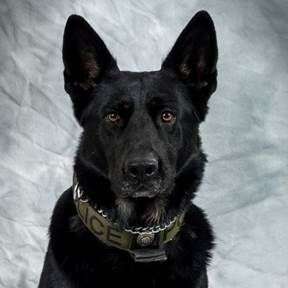