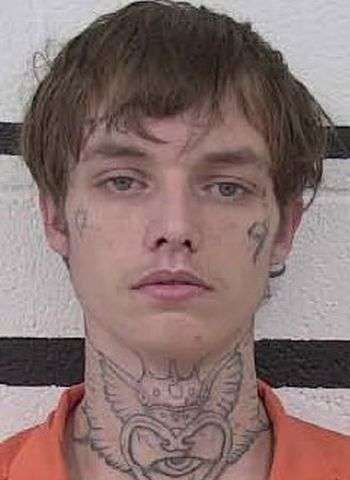 A Lenoir man was sentenced to up to nine years in prison after pleading guilty to robbery and kidnapping charges in Caldwell County Superior Court. 25-year-old Aaron Wayne Douglas II was sentenced to six to nine years on March 15 by the Honorable Robert C. Ervin, Superior Court Judge from Burke County. Douglas pleaded guilty to two counts of robbery with a dangerous weapon, two counts of second-degree kidnapping and conspiracy to commit robbery with a dangerous weapon.

Douglas and two co-defendants, Joseph Allen Douglas and Kentrey Marquis Witherspoon, met a male and female victim from Shelby at a Lenoir residence on November 26, 2019. They held the defendants at gunpoint, one inside the home and the other in a vehicle, before driving them to another location, taking a purse, cell phones and car from them.

When the defendants saw law enforcement officers in the area, they left the location. Aaron Douglas and Andrew Douglas were later picked up, but Witherspoon avoided apprehension for several weeks. On December 19, 2019, Witherspoon opened fire on officers from Hudson Police Department and Caldwell County Sheriff’s Office following a traffic stop and later was killed by U.S. Marshals after barricading himself inside a building, firing more shots at officers and refusing to surrender.

Joseph Douglas is currently serving a prison sentence of 25 to 42 months for second-degree kidnapping and conspiracy to commit armed robbery that will be followed by a period of probation. He pleaded guilty to those offenses in March 2020. The case was investigated by Bryant Matherly of the Caldwell County Sheriff’s Office. Assistant District Attorney Nolan Hancock prosecuted the matter for the State.