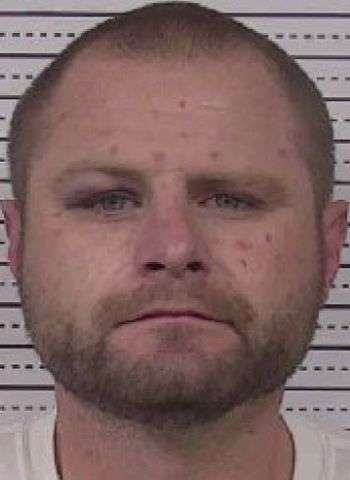 32-year-old Joathan Sherwood Watson of Lenoir, will serve a prison sentence of six to eight years following his conviction for trafficking methamphetamine by transport and possession, and fleeing to elude arrest with a motor vehicle. The Honorable Daniel A. Kuehnert, Superior Court Judge from Burke County, imposed the prison term for Watson after he pleaded guilty during Caldwell County Superior Court on Tuesday (July 20). He also received a $50,000 fine.

Investigators with the Caldwell County Sheriff’s Office received information in early April 2021 that Watson was selling methamphetamine and determined through surveillance that his supply came a from a Gaston County residence. The defendant picked up the meth in Gaston County and drove it to Caldwell for distribution.

On April 26, he was spotted by investigators coming back into Caldwell County after visiting the supplier in Gaston.Deputies attempted to make a traffic stop of Watson on U.S. 321 near Granite Falls, but he led them on a high-speed chase on to adjoining side roads, passing unsuspecting motorists across the double yellow line.

The defendant eventually overturned the SUV he was driving on a bridge railing, climbed out of the vehicle and jumped into a creek below. Following a foot chase through a wooded area, Watson was caught and taken into custody. A search of his vehicle resulted in the discovery of meth packaged in various containers.

The cases were investigated by the Caldwell County Sheriff’s Office. Assistant District Attorney Jennifer Mathews prosecuted the matter for the State.