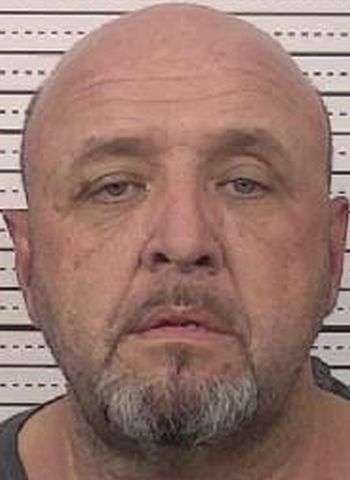 45-year-old Jeremy David Greene of Celia Creek Road in Lenoir was arrested last Thursday (April 14) by Caldwell County Sheriff’s Officers. He’s charged in Caldwell County with two felony counts of trafficking in methamphetamine and one felony count of maintaining a vehicle, dwelling, or place for controlled substance. Greene is charged in Burke County on outstanding warrants for arrest with counts including felony flee to elude arrest with a motor vehicle, reckless driving to endanger, and left of center.

A search of Greene’s vehicle was conducted and Deputies reportedly found approximately 616 grams of methamphetamine and a 9mm handgun. Deputies also reportedly seized approximately $12,000 in cash. The drugs seized during the investigation have a total street value of $92,400 according to North Carolina State Drug Guidelines.

The North Carolina State Highway Patrol is currently investigating an incident in which Greene reportedly struck another vehicle during the pursuit, charges are pending in connection to that alleged incident. Charges were also expected to be filed connected to the pursuit and the weapon that was found by officers.

Greene was placed in the Caldwell Detention Center under $405,000 secured bond. He was scheduled to appear in District Court today (April 18).

At approximately 12:05 this morning (April 27), Hickory firefighters were dispatched to a structure fire…

Claremont Woman Jailed on Multiple Counts of Failure to Appear