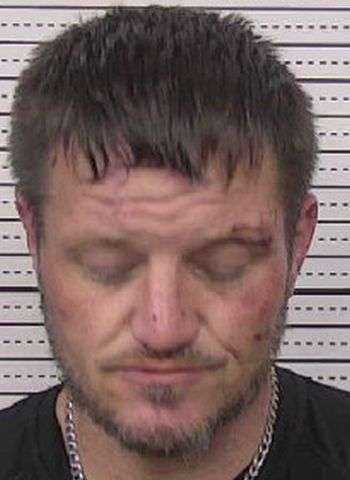 41-year-old Steven Wade Dula of the Wicker Mobile Home Park in Lenoir was arrested yesterday (September 12) by Caldwell County Sheriff’s Officers for felony robbery with a dangerous weapon. He was also charged with misdemeanor counts of failure to heed a light or siren and resisting a public officer. In addition, Dula was charged with failure to appear for unauthorized use of a motor vehicle and on a child support charge.

Dula was jailed in the Caldwell County Detention Center under an $80,500 secured bond, plus a $729 cash appearance bond. He’s currently scheduled to appear in District Court on October 11 in Lenoir on the unauthorized use of a motor vehicle charge. No additional court dates are currently listed.