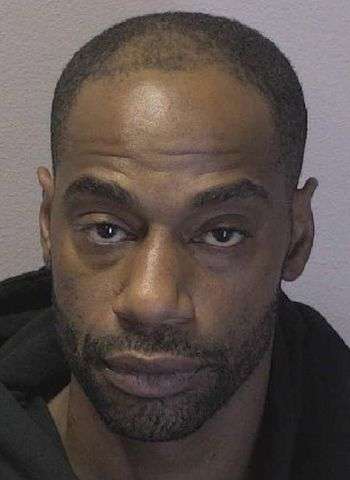 36-year-old Leneil Randolph Green of Commercial Court in Lenoir was arrested by Hickory Police at 1:45 Saturday afternoon (April 17) for failure to appear on a felony probation violation. He was also charged with four misdemeanor probation violations and six counts of failure to appear on misdemeanor charges. The warrants for his arrest are from Caldwell and Forsyth counties and were issued on April 14 & 16.

Green was taken into custody without incident at an apartment on 12th Avenue S.E. in Hickory. He was jailed in the Catawba Co. Detention Facility under a $228,000 secured bond. As of this morning (April 21), he was no longer listed as an inmate in Catawba, Caldwell, or Forsyth counties.

Green currently has a District Court date in Forsyth County set for May 7 on one felony count of possession with intent to manufacture, sell, or deliver a schedule IV controlled substance, along with misdemeanor counts of possession of marijuana up to half-an-ounce, possession of marijuana paraphernalia, possession of drug paraphernalia, an open container violation, and maintaining a vehicle, dwelling, or place for a controlled substance. He’ll appear in District Court in Lenoir on May 12 for driving while license revoked and operating a vehicle with no insurance. Green will also appear in Superior Court on June 7 in Lenoir for four felony out-of-county probation violations.

Green is on probation following a March 2019 conviction in Catawba County on felony counts of possession of a firearm by a felon, trafficking in a schedule II controlled substance, second-degree kidnapping, and two counts of assault with a deadly weapon inflicting serious injury.