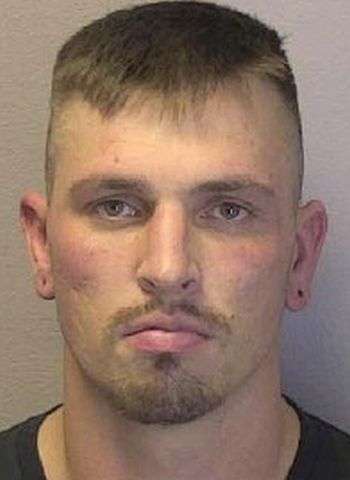 28-year-old Richard Kory Barton of Robbins Drive in Lenoir was arrested by Hickory Police early this morning (October 12) on a warrant as a fugitive awaiting extradition to another state. Barton is wanted by the Dept. of Probation & Parole in Columbia, South Carolina.

He was taken into custody without incident shortly before 1 a.m. today on the 500 block of 13th Street S.W. in Hickory. Barton was jailed in the Catawba Co. Detention Facility with bond set at $50,000, secured. He’ll appear in District Court tomorrow in Newton.