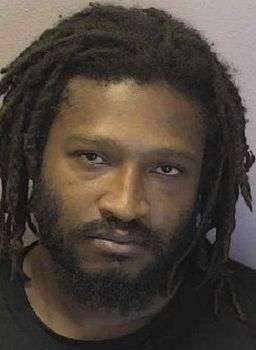 35-year-old Dominic Sharel Adams of Clarks Chapel Road in Lenoir was arrested by Hickory Police at about 3:50 p.m. yesterday (September 28) on one felony count of possession of a firearm by a felon.

According to H.P.D.’s arrest report, Adams was in possession of a rifle at the time of his arrest. The arrest report states that Adams initially resisted Officers and was reluctant to sit in the patrol vehicle, but later complied as was taken into custody without further incident.

Adams was processed at the Hickory Police Department and later released under a $10,000 unsecured bond. A first appearance in District Court was scheduled today in Newton.