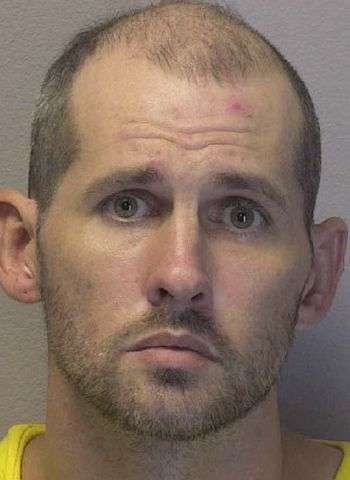 34-year-old Justin Matthew Wilson of Jenna Lane in Lenoir was arrested by Hickory Police early Saturday morning (October 2) on felony counts of trafficking in methamphetamine and possession with intent to manufacture, sell, or deliver a schedule VI controlled substance. He was also charged with misdemeanor resisting, delaying, or obstructing a public officer. In addition, Wilson was charged with a felony probation violation on charges from New Hanover County. He is on probation as he serves a 24-month suspended sentence following a June 2021 conviction in New Hanover County for stalking, communicating threats, and several domestic violence protective order violations.

According to Hickory Police, the suspect was in possession of a “large quantity” of a controlled substance at the time of his arrest. Wilson was taken into custody at about 12:30 a.m. Saturday after attempting to run away from Officers. He was jailed in the Catawba County Detention Facility with bond set at $50,000, secured. He remained in jail as of this afternoon (October 6). A first appearance in District Court was scheduled Monday (October 4) in Newton with his next local court date coming up on October 25. An appearance in a Wilmington courtroom was scheduled for October 11.

Historic Morganton Festival, Inc. has made the decision to cancel all but one night of…