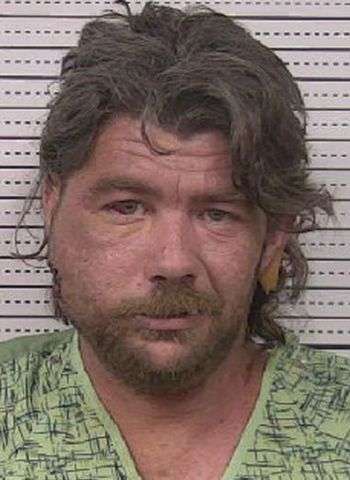 Summerow is charged in connection to the death of his child, Elijah Summerow, who was killed late last week. At about 11:40 last Friday night (April 23), Caldwell County Sheriff’s Deputies responded to a call regarding a shooting at a residential address on Pope Lane in Lenoir. Deputies arrived to find three people suffering from gunshot wounds.

According to a statement released Monday (April 26) by the Sheriff’s Office, 38-year-old Michael Dale Summerow initially shot his girlfriend, Ashley Ladawn Johnson, after first assaulting her. Summerow then allegedly shot their two-year-old child before turning the gun on himself. All three individuals were treated by Caldwell County E.M.S.

Emergency Management and the North Catawba Fire Department responded to create a landing zone near the scene. The child was flown from the landing zone to Brenner’s Children’s Hospital in Winston-Salem. The child later died as a result of the gunshot wound. Ashley Johnson was later flown from Caldwell Memorial Hospital to Carolinas Medical Center in Charlotte where she was treated and released on Sunday (April 25).

Michael Summerow was transported from the scene to Valdese Hospital and was later transferred to Mission Hospital in Asheville. He was placed in the Caldwell County Detention Center under no bond. A District Court appearance was scheduled today (April 29).

Update Given On Roads Affected By November, 2020 Flooding

Flooding on November 12, 2020, caused 16 Alexander County roads to be closed for repairs.…