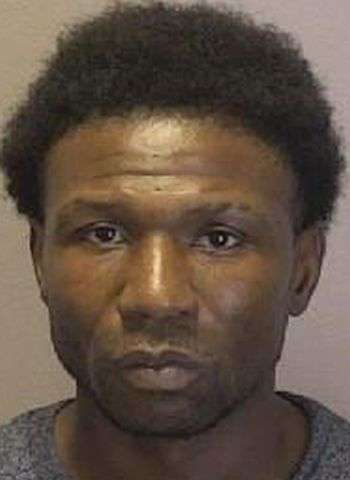 38-year-old Clinton Collins Tipps of Pea Ridge Road in Lawndale was arrested by Hickory Police early this morning (November 2) on two felony counts of failure to appear. The arrest warrants were issued in February of this year. Tipps reportedly failed to appear in court for felony possession of cocaine and a felony probation violation.

He was also charged with misdemeanor resisting, delaying, or obstructing a public officer and he was served with additional misdemeanor warrants for assault with a deadly weapon and larceny. The assault and larceny warrants were issued on October 20. In addition, the Catawba County Sheriff’s Office charged Tipps with four counts of non-support of a child.

Tipps was taken into custody at about 3:40 this morning at an apartment in the Sunny Valley complex on 3rd Avenue S.E. in Hickory. According to H.P.D.’s arrest report, Tipps resisted arrest. He was placed in the Catawba County Detention Facility under a $10,000 secured bond, plus a $2,000 cash bond on the non-support charges. Appearances in District Court were scheduled for tomorrow, November 7, and November 10, all in Newton.