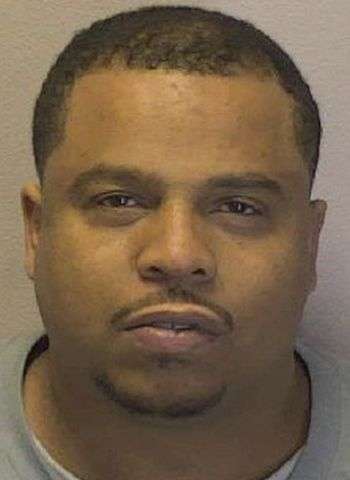 42-year-old Travoris Dantwan Williams of Philadelphia Road in Lawndale was arrested by Hickory Police at 2:25 yesterday afternoon (January 6) on felony counts of assault with a deadly weapon on a law enforcement officer or government official and speeding to elude arrest. He was also charged with two misdemeanor counts each of damage to real property and hit & run with property damage, along with one misdemeanor count of speeding to elude arrest with two aggravating factors.

Williams was arrested after Police investigated a suspicious vehicle in the parking lot at the Sunhouse convenience store on 2nd Avenue N.W. Officers saw a man in the vehicle who appeared to have passed out. Police awakened the man, but during the interaction, he fled the scene in the vehicle, striking an Officer in the process. The Officer was not seriously injured.

Officers pursued the vehicle until the driver lost control and collided with a street sign and Hilltop Apartment sign on 18th Street Place N.W. The subject fled on foot and eluded Officers.

Items in the vehicle identified Travoris Dantwan Williams as the suspect. Warrants for his arrest were issued. He was taken into custody without further incident later the same day at the Hickory Police Department.

Williams was placed in the Catawba Co. Detention Facility under a $25,000 secured bond. A first appearance in District Court was scheduled today in Newton.