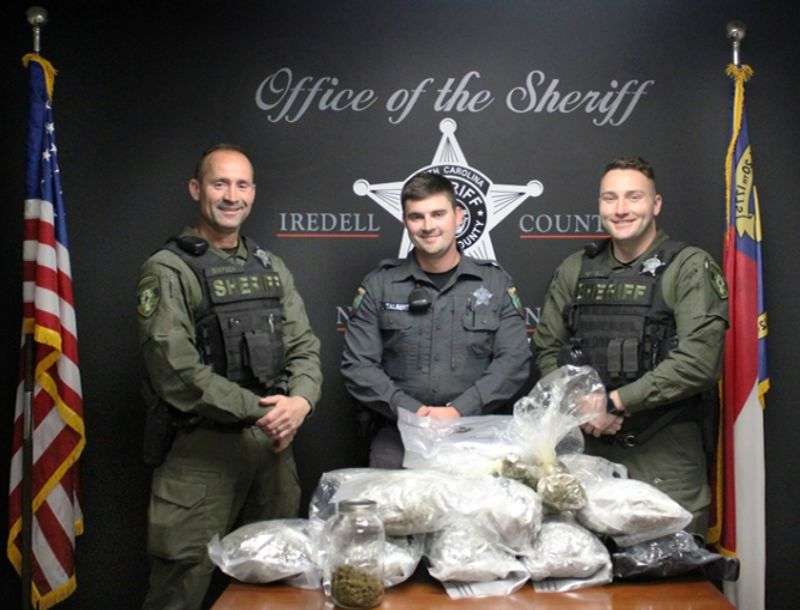 Last Tuesday (November 22), Iredell County Sheriff’s Officers stopped a southbound minivan on Interstate 77 at mile marker 61 for vehicular infractions. K-9 Officer Connie was deployed to assist with the stop. The dog gave a positive alert for the presence and odor of narcotics.

Deputies searched the vehicle and noticed the strong odor of marijuana coming from the interior of the car. They also found a duffle bag in the front passenger area containing $12,190.

As of this morning (November 29), no charges had been filed. The investigation is ongoing.