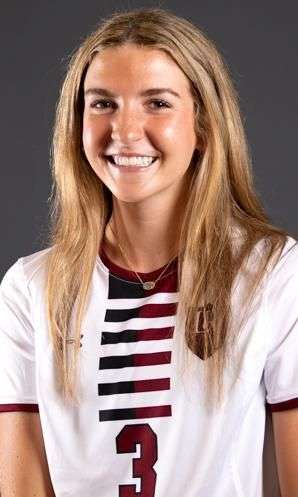 Ria Acton scored a goal and assisted on two Kate Casey goals to give the Bears a 3-1 win on Saturday afternoon at Mars Hill. Casey scored two goals off corner kicks as the sophomore had her first career multi goal game to help keep the Bears undefeated in SAC play.

The Bears got on board in the 31st minute as Casey got her first goal of the game. Just four minutes later, Acton scored to give the Bears a 2-0 lead quickly.

The Lions cut the lead in half with just 11 seconds left in the first half.

Acton to Casey struck again just two minutes into the second half.

Bears outshot the Lions 19-5 while S.A. Phillips made just one save on the afternoon. Lions keeper Camryn Miller made ten saves for Mars Hill. LR scored on two of their seven corner kicks while Mars Hill had just two opportunities in the contest.

Bears have now won 16 straight games against Mars Hill. During their 16 game winning streak the Bears have out scored the Lions 58-7 during that stretch.

Casey’s only other goal  was last year against Limestone. This was Acton’s sixth career game with at least four points in a single game.

Bears are in first place in the SAC with 13 points so far. Lenoir-Rhyne is 4-2-2 overall, 4-0-1 in the South Atlantic Conference. The Bears will step out of conference play to visit Belmont Abbey on Wednesday. Kick-off is schedule for 4:30 P.M.