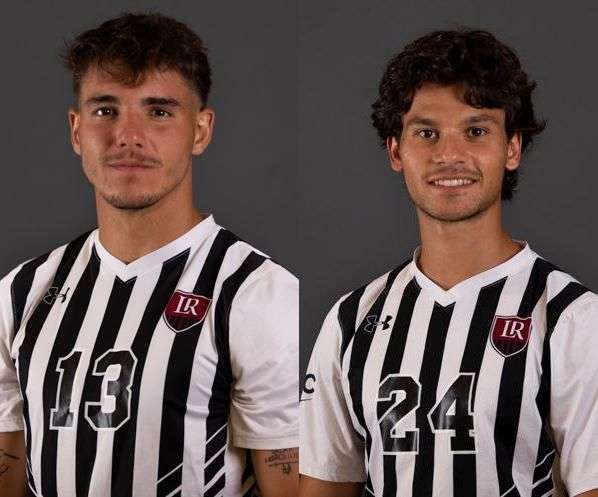 Lenoir-Rhyne men’s soccer seniors Carles Montoliu Lobo and Dani Fernandez were named All-Americans by the United Soccer Coaches on Thursday. Montoliu Lobo was named to the Second-Team, and Fernandez was Third-Team. They become the seventh and eighth All-Americans in the program’s history, and the first since Ignacio de Goya in 2017. This is also the first time the Bears have had multiple All-Americans in a single season. The duo led LR to its highest NCAA Tournament seed in the program’s history, and the first SAC Tournament championship since 2006.

Montoliu Lobo adds to his already impressive list of accolades in the red and black. This is his first All-American selection following up his First-Team All-Region honor back in November. He earned three First-Team All-Conference honors, was the SAC Freshman of the Year, earned the SAC’s Scholar-Athlete of the Year for men’s soccer, and won the prestigious SAC Man of the Year award for the 2021-22 school year.

Fernandez puts the final accolade on an impressive career as well. Back in November he was named First-Team All-Region, and he earned First-Team All-Conference this past season for the second time. He was also the SAC Defensive Player of the Year in the 2020-21 season. He played over 1,600 minutes for LR in 2022, and started 43 career games for the Bears with four goals and one assist.