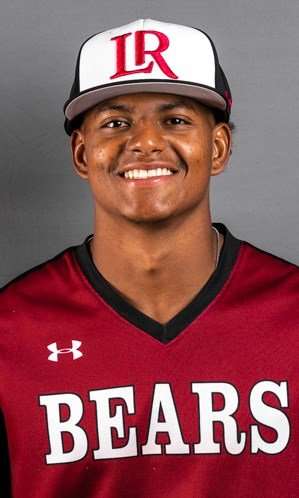 Austin Edwards pitched seven innings and only allowed three hits and two runs, the LR offense scored at least two runs in four different innings, and Lenoir-Rhyne blasted No. 1 Wingate 11-2 to advance to the SAC Championship Game. Anthony Porrino and Erick Ramirez both went deep for the Bears, who win their first game against a No. 1 overall team since at least 2000.

The Bears got rolling early. After a bunt single by Cole Laskowski and a walk to Drew Yniesta, Luis Atiles came up with two outs and two men in scoring position, and blooped a two-run just over the Wingate third baseman for the game’s first runs. Wingate countered in the top of the 2nd with an unearned run that scored due to a throwing error to make it 2-1.

Anthony Porrino crushed his second homer of the postseason to straightaway center to stretch the lead to 3-1 in the bottom of the 2nd, and then David Bell drove in Bryce Stober with a sacrifice fly to make it 4-1 after two innings. The Bears struck again in a big way in the 4th. After Wade Cuda walked and Stober reached on a bunt single, Erick Ramirez smoked a three-run homer to left field to make it 7-1.

After scoring six runs in the 6th inning on Friday night against Queens, the Bears got four more runs in today’s 6th inning. Ramirez scored the first one off a wild pitch, Atiles singled in two more runs, and Porrino picked up another RBI with a run-scoring single.

Wingate added one more in the 8th but it wasn’t nearly enough as Michael Allen and Tanner Moyers closed the door on the Bulldogs out of the Bear bullpen.

Edwards has now given up two earned runs in his last 14 innings, both wins. The Bears advance to their first SAC Championship game since 2001 when they won it. 2001 was also LR’s only NCAA Tournament appearance in program history.

The Bears have won three out of the last four matchups with Wingate. The Bulldogs are the reigning SAC and National Champions. This is LR’s second win over a Top-5 team in the past two weeks. LR beat No. 3 North Greenville back on April 18.