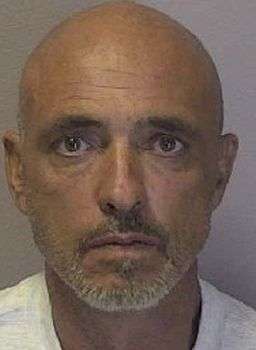 48-year-old Michael Wayne Rich of Hillview Drive in Iron Station (who also lists a Charlotte address) was arrested by Hickory Police at 9:15 last night (August 13) on one felony count each of breaking & entering, larceny, and possession of stolen goods.

Rich was arrested after Officers responded to reports of a trespasser at a construction site on Startown Road. Officers located the suspect and found stolen items in the suspect’s vehicle. Rich was taken into custody at the scene.

He was jailed in the Catawba Co. Detention Facility under a $8,000 secured bond. A first appearance in District Court was scheduled today in Newton.