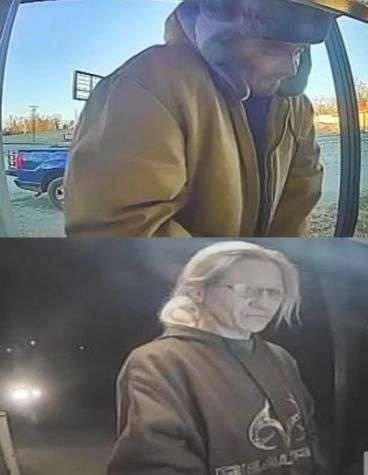 Lincoln County Sheriff’s detectives are asking for the public’s help in identifying persons of interest in a fraud case. The individuals reportedly lived with the victim, however, she did not know their names.

On March 8, 2022, a Lincoln County Sheriff’s Detective was assigned a case where $600 was taken out of a woman’s State Employees Credit Union account. She reported that her SECU card was taken on February 5 and February 9, 2022 and then returned to her purse while she was sleeping. Each time $300 was withdrawn from the Cash Points at 756 North Highway 18 in Lincoln County.

The victim told officers she allowed two homeless people to live in her residence on Curt Ledford Road in Cleveland County but she did not know their names. Anyone who can identify the persons of interest are asked to contact the Lincoln County Sheriff’s Office at 704-732-9050, the Lincoln County Communications Center at 704-735-8202 or Lincolnton/Lincoln County Crime Stoppers at 704-736-8909.

A search for two missing and overdue hikers is underway. Caldwell Emergency Management is currently…

Chris Holmes of Harmony, who has been a member of the Harmony Fire Department for…