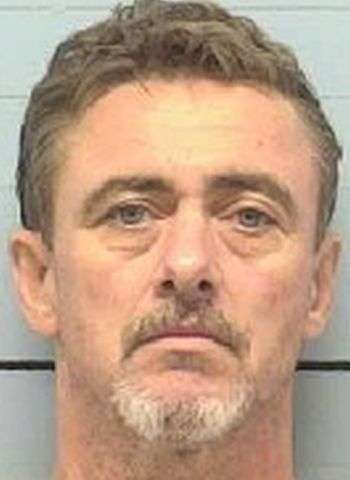 A Burke County man has been indicted in a murder case. 50-year-old Johnny Everette Setzer of Spain Hill Road in Icard was indicted last week on a charge of first-degree murder. The charge was filed in connection to the death of Pamela Moses on August 18, 2021, which was previously reported by WHKY. Setzer is also charged with being an habitual felon, possession of a weapon by a convicted felon, and second-degree trespassing.

At approximately 2:45 p.m. Wednesday, August 18, the Burke County Sheriff’s Office was dispatched to a call of multiple shots being fired at an address on Coldwater Street in Connelly Springs. Upon arrival, deputies found 50-year-old Pamela Alice Moses of Coldwater Street in Connelly Springs outside the home with probable gunshot wounds. Moses was pronounced deceased at the scene by Burke County EMS.

Witnesses identified Johnny Everette Setzer as the suspect. Burke County Investigators responding to the call passed Setzer near the scene driving a vehicle and a chase followed. The chase ended on Duncan Street in Connelly Springs, when Setzer jumped from the vehicle and fled on foot. An area resident spotted Setzer crossing the road on Tomlinson Loop and called 911. Deputies went to that area and took the suspect into custody following a foot chase. Setzer was transported to a hospital by deputies for observation.

Burke County Deputies were familiar with Johnny Setzer and had been investigating additional crimes prior to the fatal shooting. On August 16, he was suspected of knocking on doors and disturbing citizens, while reportedly being intoxicated. He was taken to jail on that date. The next day, Investigators developed Setzer as a suspect in a larceny and possession of a stolen vehicle, as well as the larceny of several firearms that occurred on August 14, resulting in the felony charges being filed against him.

Setzer remains in jail in Morganton under no bond on the murder charge and $116,000 secured bond on the other charges. He has upcoming District Court dates September 30 and November 4. Setzer is scheduled to appear in Superior Court October 25 and November 1.

Investigation Continues Into Murder Of Two Victims In May 2020

The Hickory Police Department is continuing to investigate a May, 2020, double murder. On May…

The Alexander County Board of Commissioners honored the family of late commissioner Dr. Jeffrey Peal…