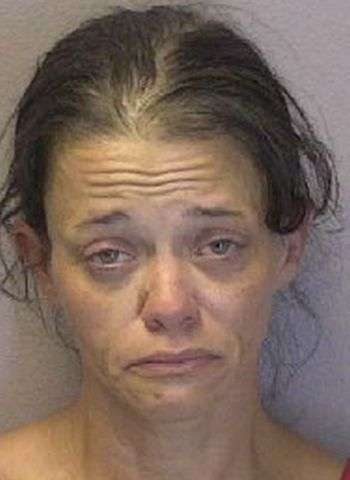 42-year-old Joni Lynn Church of Pioneer Trail in Hudson was arrested by Hickory Police early Tuesday morning (June 8) on one felony count each of possession of a stolen motor vehicle and possession of a schedule II controlled substance, along with one misdemeanor count of possession of drug paraphernalia. She was also charged with two misdemeanor probation violations. Church is on probation as she serves a 12-month suspended sentence following an April 2021 misdemeanor conviction in Caldwell County for larceny and injury to real property.

Events leading to Church’s arrest began when Officers responded to a report of a suspicious vehicle at a church on 2nd Avenue S.W. in Hickory. The vehicle, a 1995 Ford F-350, was reported stolen out of Catawba County. During the arrest, Officers reportedly found 6.9 grams of methamphetamine and drug paraphernalia.

The suspect was taken into custody without incident at about 1:30 a.m. Tuesday at the church. She was placed in the Catawba County Detention Facility with bond set at 9,000, secured. A first appearance in District Court was scheduled yesterday (June 9) in Newton with Church’s next court date coming up on June 30. An appearance on the probation violations was scheduled for July 14.

A vehicle reportedly crashed into a Hickory business this afternoon (April 20). According to the…