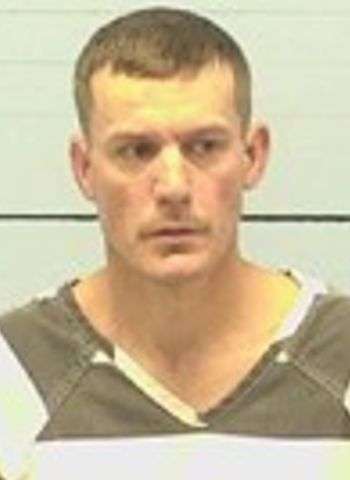 39-year-old Jessie Alan Clark of Track Side Way in Hudson was arrested last Wednesday (November 10) by Burke County Sheriff’s Officers. He’s charged with felony counts of trafficking in methamphetamine, possession with intent to manufacture, sell, and deliver methamphetamine, maintaining a vehicle, dwelling, or place for controlled substance, possession of marijuana, and possession with intent to sell & deliver marijuana. Clark is also charged with failure to appear on a count of driving while license revoked in Caldwell County.

According to information released today (November 17), in September, the Burke County Sheriff’s Office Narcotics Division initiated a drug investigation of Jessie Alan Clark. The investigation revealed that Clark was allegedly distributing “trafficking” amounts of meth in Burke County. On November 10, while conducting surveillance on Clark, investigators surrounded him at the Country Market gas station on Dysartsville Road and took him into custody without incident.

During a search of the vehicle he was driving, approximately one pound of meth and one pound of marijuana were seized. Clark received a $201,000 secured bond, he remained in jail in Morganton today. He’s scheduled to appear in District Court December 2. According to the Sheriff’s Office, Clark has more than 100 charges listed against him in the North Carolina Court Information System. These include misdemeanor charges for various property and driving offenses dating back to June of 2003.