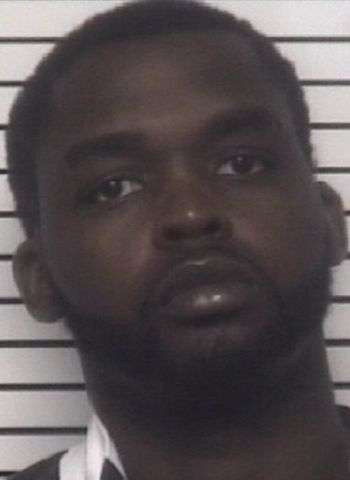 27-year-old Roger O’Neil Thomas, Jr. of Baird Drive in Hudson was arrested Thursday (October 7) by Iredell County Sheriff’s Officers. He’s charged with felony counts of trafficking cocaine by possession and transport and possession with intent to sell or deliver cocaine. In addition, Thomas is charged with misdemeanor counts of possession of marijuana, possession of drug paraphernalia, flee to elude arrest, failure to heed lights & siren, and driving while license revoked.

Last Thursday, deputies with the Iredell County Sheriff’s Office Interstate Criminal Enforcement (ICE) Team observed a vehicle traveling on Interstate 40 westbound when it committed a traffic violation. The deputies attempted to stop the vehicle by activating blue lights and siren, however the vehicle reportedly continued traveling and refused to stop. The deputies continued following the vehicle which exited off the interstate and onto Highway 21, then turned on Glenway Drive before stopping in a parking lot.

Once the vehicle stopped, the deputies approached the vehicle and took the driver, Roger O’Neil Thomas Jr., into custody. A search of the vehicle was initiated, and 183.79 grams of cocaine along with 9.8 grams of marijuana was reportedly found inside the vehicle.

Thomas was jailed in the Iredell County Detention Center under $250,000 secured bond. He remained in jail as of earlier today (October 11). A District Court date is set for October 27.

A woman is being sought by police in connection to a fatal collision. The Statesville…